Our Connection With Mazda

In early the 2000's, increased involvement with Mazda’s R&D program opened the door for several new opportunities. During this time period, Mazda had been looking for opportunities to expand their exposure in the growing US sport-compact performance market. While the Mazdaspeed brand was established in the Japanese market, vehicles that were designated “Mazdaspeed” vehicles were yet to be introduced to the US market. Still, Mazda needed a sport-compact vehicle in their product line-up to compete with other brands.

In 2002 Mazda approached Racing Beat with an offer to assist with the development of a performance version of the US market Protege model. Although the performance upgrades being considered were not significant enough to warrant the coveted “Mazdaspeed “ name, the resulting Protege MP3 made an impact with the automotive press and was a sales success. These vehicles featured products and badging that indicated the vehicle was “Tuned by Racing Beat”, and was the platform for the next generation of Mazda’s turbocharged Mazdaspeed Protege. Racing Beat supplied mufflers were supplied on over 2000 MP3 production vehicles.

Later in 2002 Racing Beat was presented with the opportunity by Mazda to assist in the restoration of a historic Cosmo Sport, one of only a few such vehicles in the US. The 10A rotary engine was removed from the chassis and carefully rebuilt by Racing Beat. This vehicle was then added to Mazda USA's growing collection of legacy vehicles.

Again, Racing Beat was asked by Mazda to assist in the restoration of another historic vehicle, but this time it was a vehicle we had intimate knowledge of - the 1986 Bonneville Land Speed Record RX-7. In 2004 the vehicle returned to Racing Beat for a full engine overhaul. This car is now ready to go for another record attempt!

The results of the Protege project brought Racing Beat several more exciting engineering projects. Prior to the release of the 2004 RX-8, Racing Beat undertook extensive engine and chassis testing with several forced-induction systems on the new rotary RENESIS engine. While these specific engines were not introduced on a production vehicle, Mazda utilized these vehicles for extensive evaluation and testing purposes.

In 2008 Racing Beat was asked to provide engine-building services for the revolutionary FURAI project car. This stunning concept vehicle was brought to life by a Racing Beat assembled 3-rotor engine. Making its debut on this vehicle was an exclusive Racing Beat hand-crafted, rotor-shaped muffler. 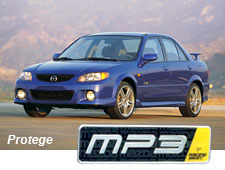 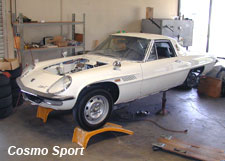 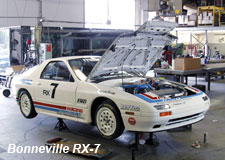 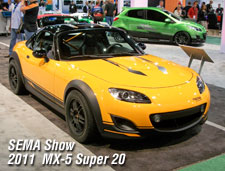